In only 90 days, our growth initiatives increased renewal bookings by 30%.

The leadership of a tech firm that sells both hardware and software wanted to lift sales from flat year over year to 15% growth. Service renewals were over 40% of revenue and aggressive targets had been set based on inaccurate data. Additional challenges included a complex two-tier sales channel, dependence on a new outsourced renewal partner, and recent leadership changes in the renewals organization. Verity consulting was brought in to increase on-time renewals and meet sales growth targets.

We conducted primary research, met with industry leaders, and documented best practices. We then applied these best practices to deliver performance incentives for the outsourced renewals team. Verity implemented partner and end-user incentives to drive in-quarter (vs. late) renewals as a greater percentage of sales achievement. We revised Rules of Engagement, increased support from Marketing/Sales for the outsourced team, and optimized the renewals order system. Lastly, the Verity team increased scrutiny and accountability for renewals forecasting, top deals, and partner support in the renewal sales process.

In the first 90 days after Verity’s improvements were implemented, the client exceeded the sales target by 30%. The in-quarter renewals rate increased from 65% to 68%, and forecast accuracy increased from 93% to 99%. 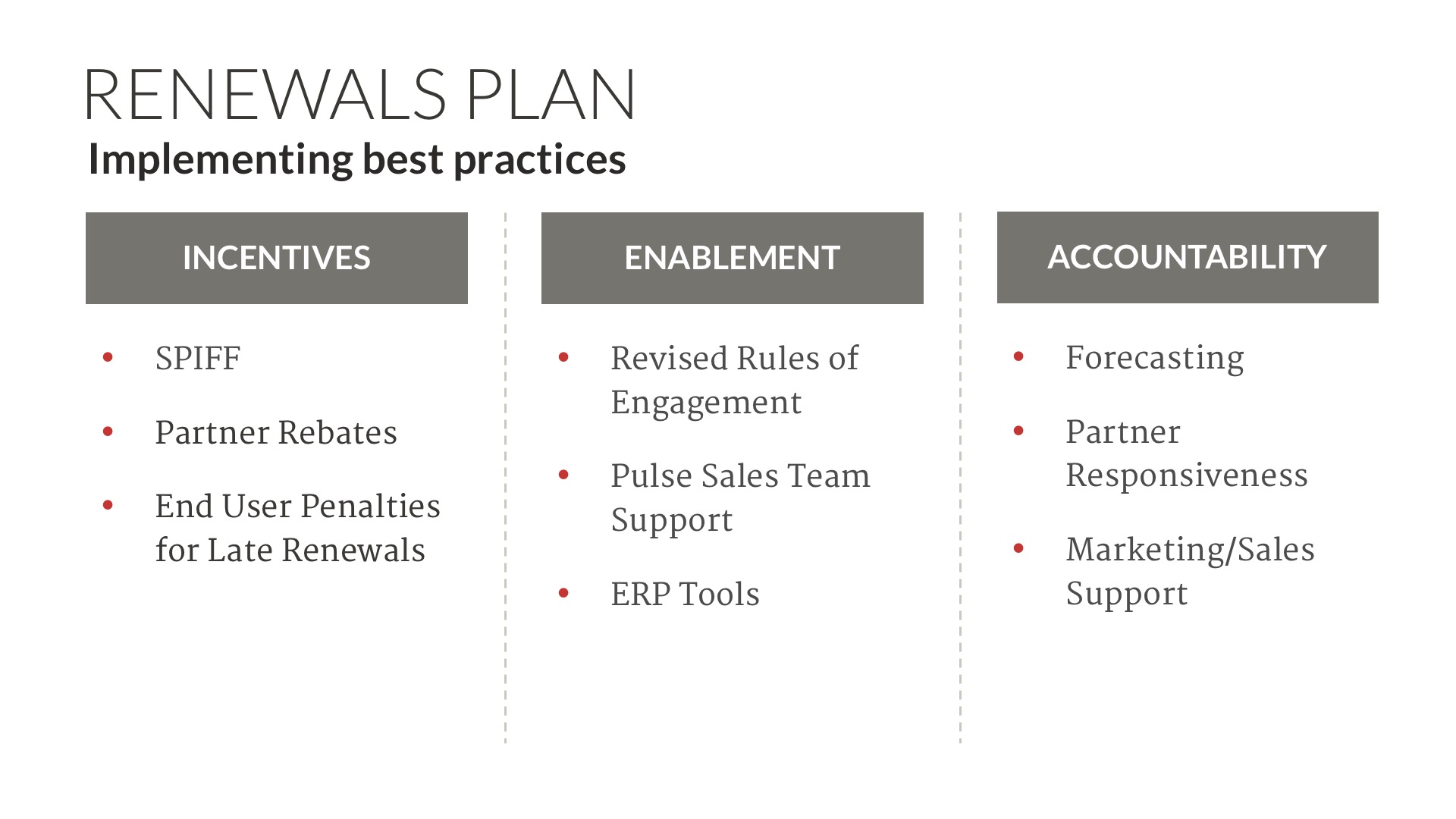 Put Verity to Work for You