Apple dominates the smartphone industry, reaping 92% of all global profit shares at the end of the first quarter of 2015.1 Samsung came in second with 15% of global profits, and most of their competitors, such as Microsoft, Blackberry, and Lenovo broke even or actually lost money.1

Why is Apple able to charge more than three times average for their phones? One reason is that the ubiquitous Android operating system forces Apple’s competitors to price cut in order to stand out from each other. Apple stays above the fray because the iOS is unique to iPhones.2

This fierce competition contributes to Samsung’s declining profits, even though the tech giant had 43% market share two years ago.2 Similarly, companies who make PCs have had to price cut in order to stay competitive because they all run on Microsoft operating systems; in the laptop industry, Apple has 50% of global profit share even though unit sales are less than 17%.2

Apple’s strength also lies in its brand name. Forbes ranked Apple as the world’s most valuable brand in 2015.3 Consumers are willing to shelve out more money for an Apple product because of the power of its brand name. In some countries, Apple has achieved luxury and cult status. For example, half of all mobile phones in China are iPhones.4 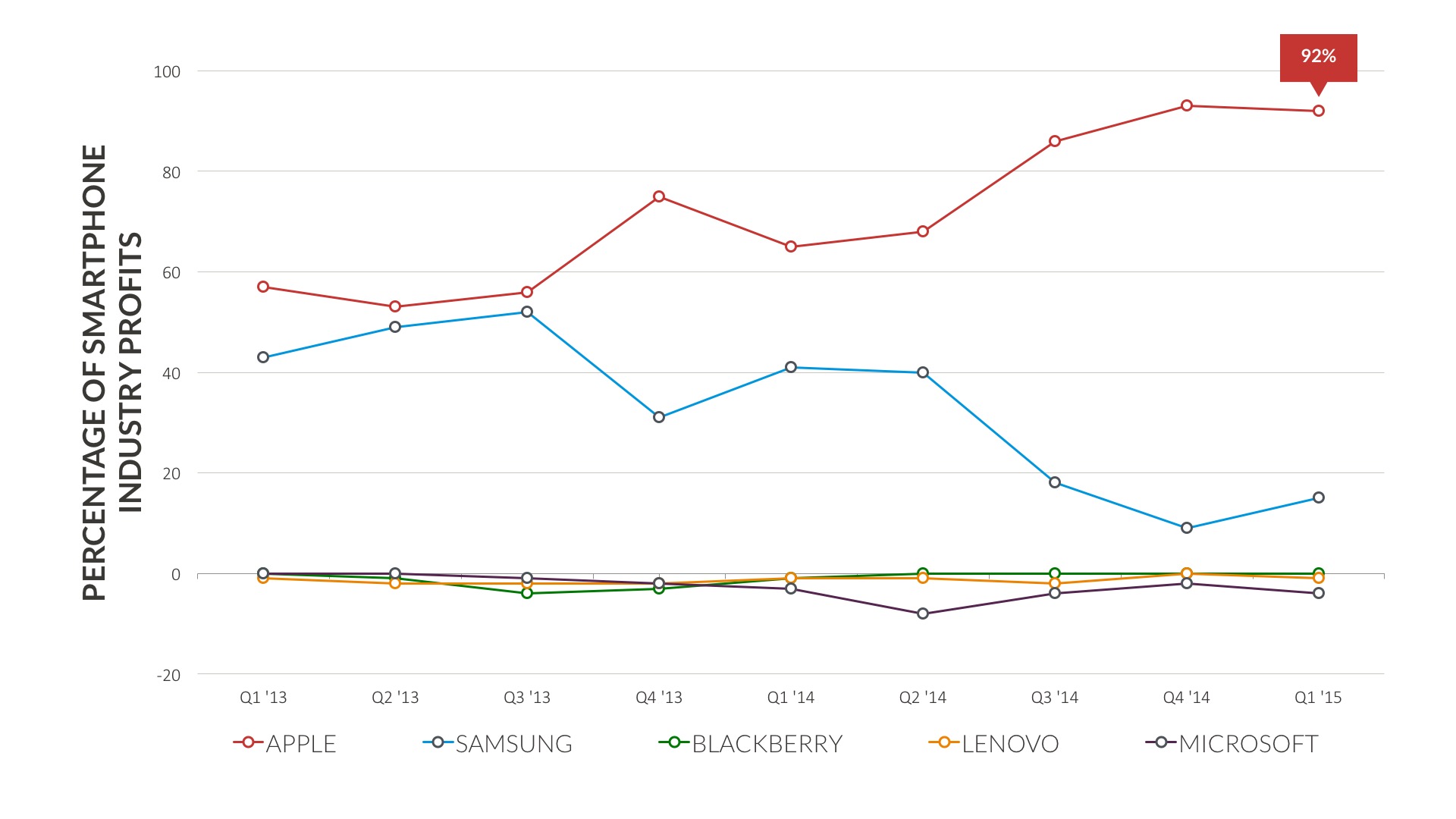